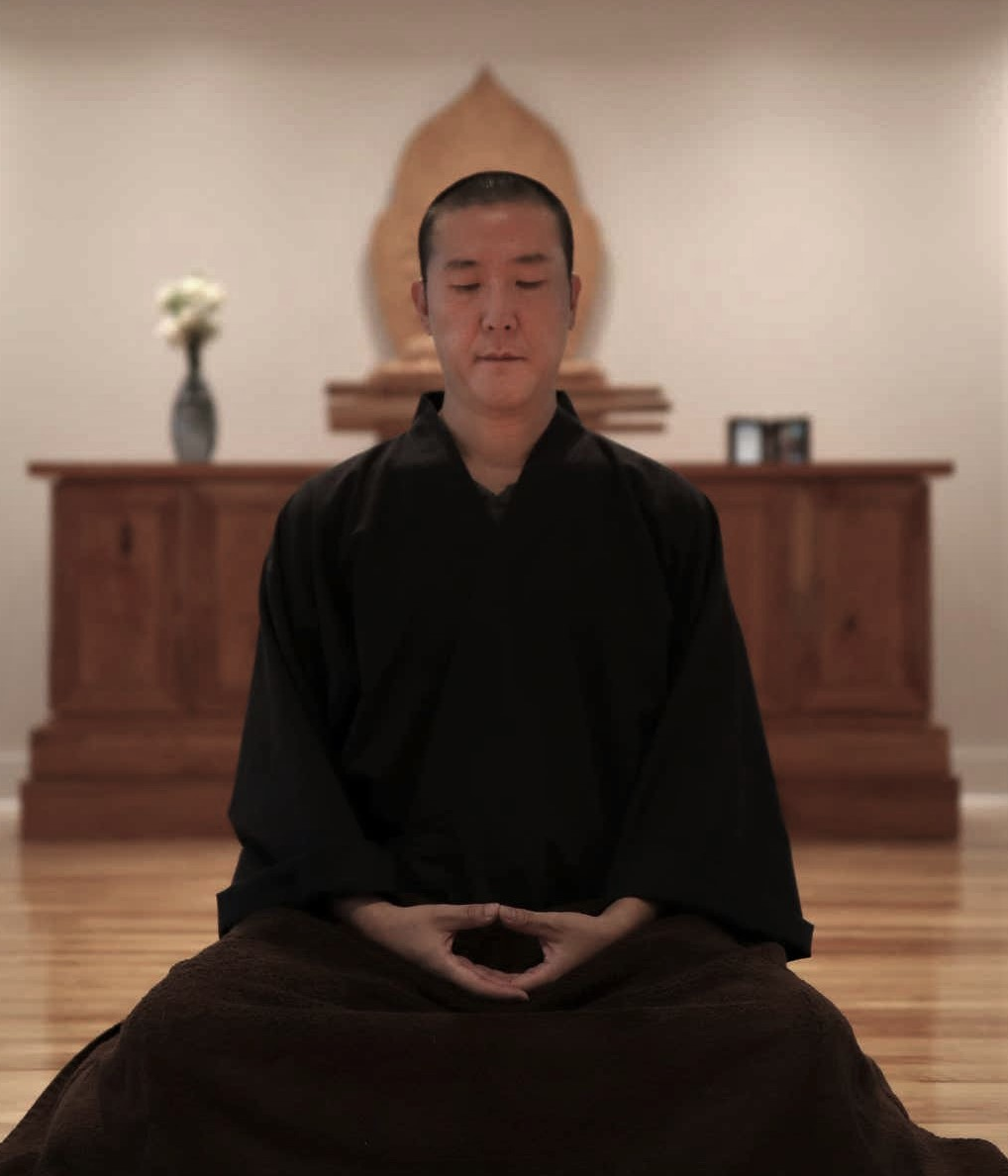 Point One: The Legs

Sit on the floor with legs folded either in the Full Lotus or Half Lotus position. To make the Full Lotus, put the right foot on the left thigh, then put the left foot crossed over the right leg onto the right thigh. To reverse the direction of the feet is also acceptable.

The Half Lotus position requires that one foot be crossed over onto the thigh of the other. The other foot will be placed underneath the raised leg.

A position, called the Burmese position, is similar to the Half Lotus, except that one foot is crossed over onto the calf, rather than the thigh, of the other leg. Another position consists in kneeling. In this position, kneel with the legs together. The upper part of the body can be erect from knee to head, or the buttocks can be resting on the heels.

When you begin practicing, choose a posture that will be comfortable and stable for twenty minutes.

The spine must be upright. This does not mean to thrust your chest forward, but rather to make sure that your lower back is erect, not slumped, and that your chin is tucked in. Both of these points help you to maintain a naturally upright spine. An upright spine also means a vertical spine, leaning neither forward nor backward, right or left.

In seated meditation, our hands form a posture called “Dharma Realm Samadhi Mudra,” which translates as: the posture or gesture (“mudra”) of oneness (“Samadhi”) with reality (“Dharma Realm”). This hand posture helps the smooth circulation of internal energies and helps harmonize the body with the external world. The open right palm is underneath, and the open left palm rests in the right palm. The thumbs lightly touch to form a closed circle or oval. The hands are placed in front of the abdomen, and rest on the legs.

Relax the shoulders. Be natural. And let your arms hang loose. If you feel any tension in these areas, just relax them.

The eyes should be slightly open and gazing downward at a forty-five degree angle. Rest the eyes in that direction, but do not look at anything. Closing the eyes may cause drowsiness, or visual illusions. However, if your eyes feel very tired you can close them for a short while. 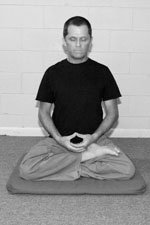 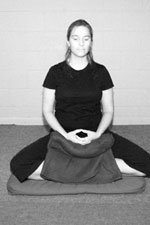 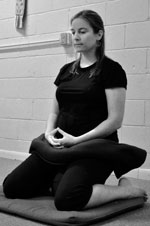